Many of us were very moved by our main speaker Mark Lane of the Minority Humanitarian Foundation as he described the situation with asylum seekers at the border.  Check out their website here or Mark's Instagram @guerojusticiero.  Their phone number is 619-288-6450.

On October 23, at the Club's General Meeting, we presented a roundup of the State Propositions and Local Measures.  We also did a recap of the Candidates endorsed by the club.

After the meeting, several Club members asked that we post a .pdf version of the powerpoint presentation on the club's website.  So here it is: 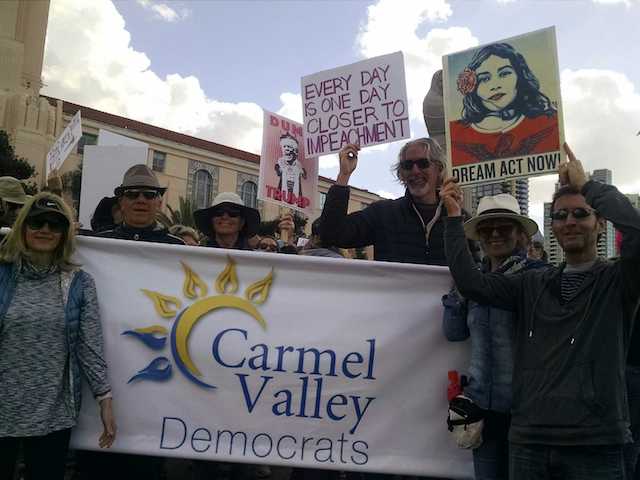 With 33,000 Americans dying every year, Democrats believe that we must finally take sensible action to address gun violence. While responsible gun ownership is part of the fabric of many communities, too many families in America have suffered from gun violence. We can respect the rights of responsible gun owners while keeping our communities safe. To build on the success of the lifesaving Brady Handgun Violence Prevention Act, we will expand and strengthen background checks and close dangerous loopholes in our current laws; repeal the Protection of Lawful Commerce in Arms Act (PLCAA) to revoke the dangerous legal immunity protections gun makers and sellers now enjoy; and keep weapons of war—such as assault weapons and large capacity ammunition magazines (LCAM's)—off our streets. We will fight back against attempts to make it harder for the Bureau of Alcohol, Tobacco, Firearms, and Explosives to revoke federal licenses from law breaking gun dealers, and ensure guns do not fall into the hands of terrorists, intimate partner abusers, other violent criminals, and those with severe mental health issues. There is insufficient research on effective gun prevention policies, which is why the U.S. Centers for Disease Control and Prevention must have the resources it needs to study gun violence as a public health issue.